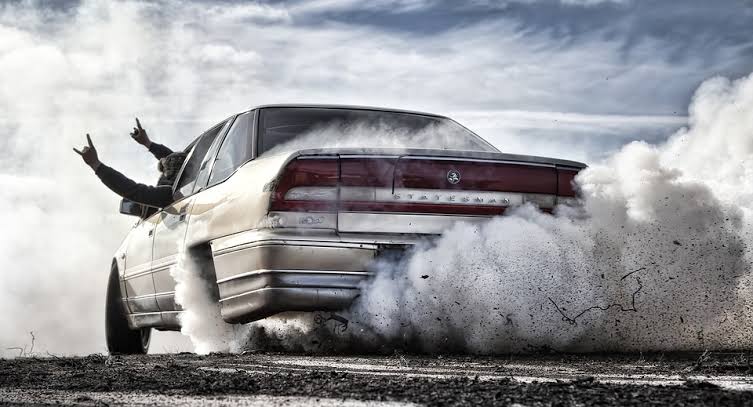 The vehicles are one of the major sources of air pollution. They release many gases which are degrading the quality of the air we breathe in. These harmful pollutants are not only affecting human health but also disturbing the overall environmental setup by causing disasters like global warming. According to a report of WHO, air pollution was responsible for 4.2 million deaths worldwide in 2016. According to some other reports, vehicular emissions account for about 15 percent of India’s total air pollution. For India, the concerns are at their peak, since it has some of the most polluted cities in the world.  Also, the Indian subcontinent has the highest particulate material concentration among all other regions of the world. In this post, we will learn about automobile emissions and their overall impact on the environment.

Depending upon the mode of generation, vehicle emissions can be classified into three types.

When fuel is burnt inside the combustion chamber, many gases are produced. These gases are released in the atmosphere through the vehicle’s exhaust system. They include gases like Carbon dioxide, Carbon Monoxide, Oxides of Nitrogen and sulfur etc.

The vehicle fuels are generally very volatile. They evaporate very easily at room temperature.  The fuel in the tank of the vehicle keeps on evaporating always. The vapour thus formed gets collected inside the tank and may escape to the atmosphere whenever they get any passage. These gases consist of different hydrocarbons which are very harmful to us.

During the processes of combustion, some amount of unburnt charge leaks inside the crankcase passing through the sides of the piston rings. These gases are called blow-by gases. From the crankcase, these gases may be released to the atmosphere through ventilation port. Blow-by gases contain hydrocarbons which are very harmful to our environment.

Now let’s look at the different exhaust types of vehicle emission gases one by one and discuss their impact on the environment.

The major part of the exhaust emissions is carbon dioxide. This gas is formed due to the combustion of the fuel inside the engine. The fuels are mostly carbon compounds, hence on burning they release Carbon dioxide. CO2 is a non-poisonous gas and hence is not responsible for any type of air pollution. But this gas is responsible for global warming which is a more severe concern. The CO2 forms a layer around our atmosphere, which entraps the solar radiations. This is causing a substantial increase in earth’s temperature leading to global warming. Some other gases causing global warming are Methane and Ammonia.

CO is the most common constituent of vehicle emissions. Carbon monoxide or CO forms when the fuel burns in insufficient air supply i.e. when the mixture is rich. This usually happens during the idling conditions. CO is poisonous for human and animals. The haemoglobin which acts as an oxygen carrier in our blood has more affinity for CO than Oxygen. Carbon monoxide forms permanent bonds with the haemoglobin, preventing it from carrying oxygen throughout the body. Prolong inhalation of CO can even cause death.

There are 7 oxides of nitrogen. Of these 7 oxides, NO and NO2 are very harmful to us. NO, and NO2 are interconvertible at atmospheric temperature through oxidation and reduction. These two gases together are termed as NOx. They are formed due to the burning of fuel at a temperature above 1100 degree Celsius. High temperature is a prerequisite condition for their formation. High temperature inside the engine occurs when either it is burning a lean mixture or during Knocking and misfiring. These gases are very harmful when inhaled.  They can cause breathing problems, eye irritation, lung problems etc. They also promote the formation of Ozone and particulate matter, which themselves are major pollutants.

The hydrocarbons are formed when flame quenching occurs. This happens generally during the initial periods after the starting when the engine is cold. The cold engine walls cause the flame quenching. Due to this,  unburnt fuel comes out through the exhaust. These unburnt fuel particles are hydrocarbons. They are also generated due to evaporative emissions or crank cade blowby, about which we have discussed above. These gases are very harmful to humans and can cause problems like lung irritation, irregular heartbeat etc.

Sulphur based oxides like SO2 are produced when Sulphur containing fossil fuels are burnt. SO2 is very harmful if inhaled. It can cause asthma and various other respiratory diseases. It reacts with rainwater to form Sulphuric Acid and cause acid rain. It also reacts with various gases and particles present in the air to form sulphates. These sulphates are particulate in nature and are commonly known as Particulate Materials (PM). Some of these PMs are so small, that they can enter our body through respiration and can cause various diseases related to the lungs and the heart.

Vehicle emission testing is a two-fold process. It requires testing the level of pollutants in tailpipe emission as well as On-board diagnosis.

The tailpipe emissions are tested by measuring the amount of each polluting gas in the tailpipe emissions. These gases include CO, NOx,  Hydrocarbons etc. For measuring them the vehicle is started and emission testing probe is inserted in the tailpipe. The emission testing probe collects the emission sample and analyses it to produce emission data. The data may be in the form of Parts Per Million or Percentage by volume. This test may be performed at idle or while running the vehicle on dynamometers. However, this tests do not give appropriate results. The driving conditions on chassis dynamometer is completely different from the real-world conditions. To measure the emissions in real world driving conditions, the Real Driving Emission (RDE) Test is used. In this test, a portable emission analyser is used. This emission analyser is fitted on the vehicle. Now, the vehicle is driven on teal world tracks at various speeds. Different driving tracks are used to make the process more realistic. This test considers the effect of factors such as temperature, altitude, driving styles, weather and traffic. These factors can not be considered in chassis dynamometer testing, as it is performed under the laboratory conditions.

The modern vehicles are equipped with many electronic emission control components like fuel injectors, oxygen sensor, purge control valve etc. The failure of any such component results increased vehicle emissions. The failure of those components causes the glowing of the engine check light. This is a warning sign that there may be a fault in emission control components. The exact problem can be found out through On-Board Diagnosis (OBD). This is done by connecting the OBD scan tool to the vehicle. The tool scans the faults in the vehicle and generates fault codes. These fault codes can be analysed to find out the exact problem.

In many countries, vehicle emission testing is a mandatory procedure and every vehicle owner must adhere to it. In India the ministry of transport issues PUC (Pollution under control certificate). It is mandatory for all on-road vehicle. In case of failure to produce it, people are liable to huge fines. 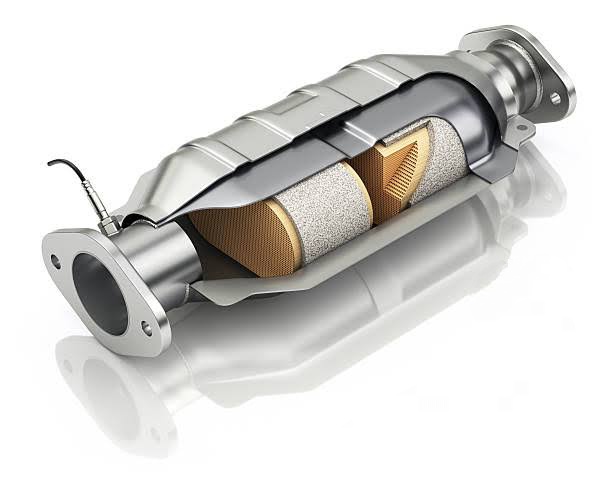 Catalytic converters are fitted in the vehicle’s exhaust system. They reduce the level of Carbon Monoxide, NOx and Hydrocarbons by converting them to other non-polluting gases. They utilize Platinum, Palladium and Rhodium based ceramic materials as a catalyst for this process.

DPF units have a structure very similar
to the mufflers. They are fitted in the exhaust system of Diesel vehicles. They contain very minute filters, which can screen the particles up to the size of one micron. They prevent the particulate material from being emitted to the atmosphere. 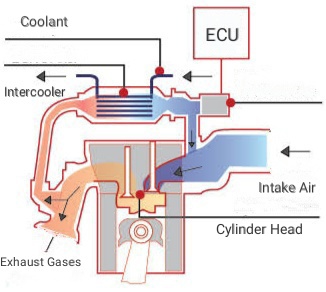 Friends, this was an article about vehicle emissions and emission control technologies. I hope you enjoyed it. We welcome your valuable comments and suggestions. Please share your feedback in the comment section.

What does your vehicle’s smoke color means?