The engine is the most important component of a vehicle. It is known as the powerhouse of the automobile. It converts the chemical energy of the fuel into mechanical energy, which propels the vehicle. Most of the vehicles today are fitted with internal combustion engines.  There are several Types of Engines based on different criteria. Some of those criteria are:

There are numerous other criteria and hence, there are a huge variety of engines available. All those engines have different properties. The selection of engine for a particular job is done depending upon its properties. In this post, we will look at some of the classifications of the engines to develop our understanding of the engines.

Types of Engines Based on Combustion

External combustion engines have their combustion chamber away from their prime mover. They need a working fluid which is heated in their combustion chamber and is used to run their prime mover. These engines are huge in size and have very low efficiency. However, they produce lesser noise as compared to the IC engines. One major disadvantage with these engines is that they take a significant amount of time to start. An example of external combustion engines is the Steam Engine.

Types of Engines Based on Motion Of Piston

These are the piston-cylinder type engines. These are very common and are used in almost all vehicles. They convert the chemical energy of fuel into mechanical energy by the reciprocating motion of their piston. These engines have a very large number of moving parts and hence produce a lot of vibrations. However, they are very efficient and reliable. 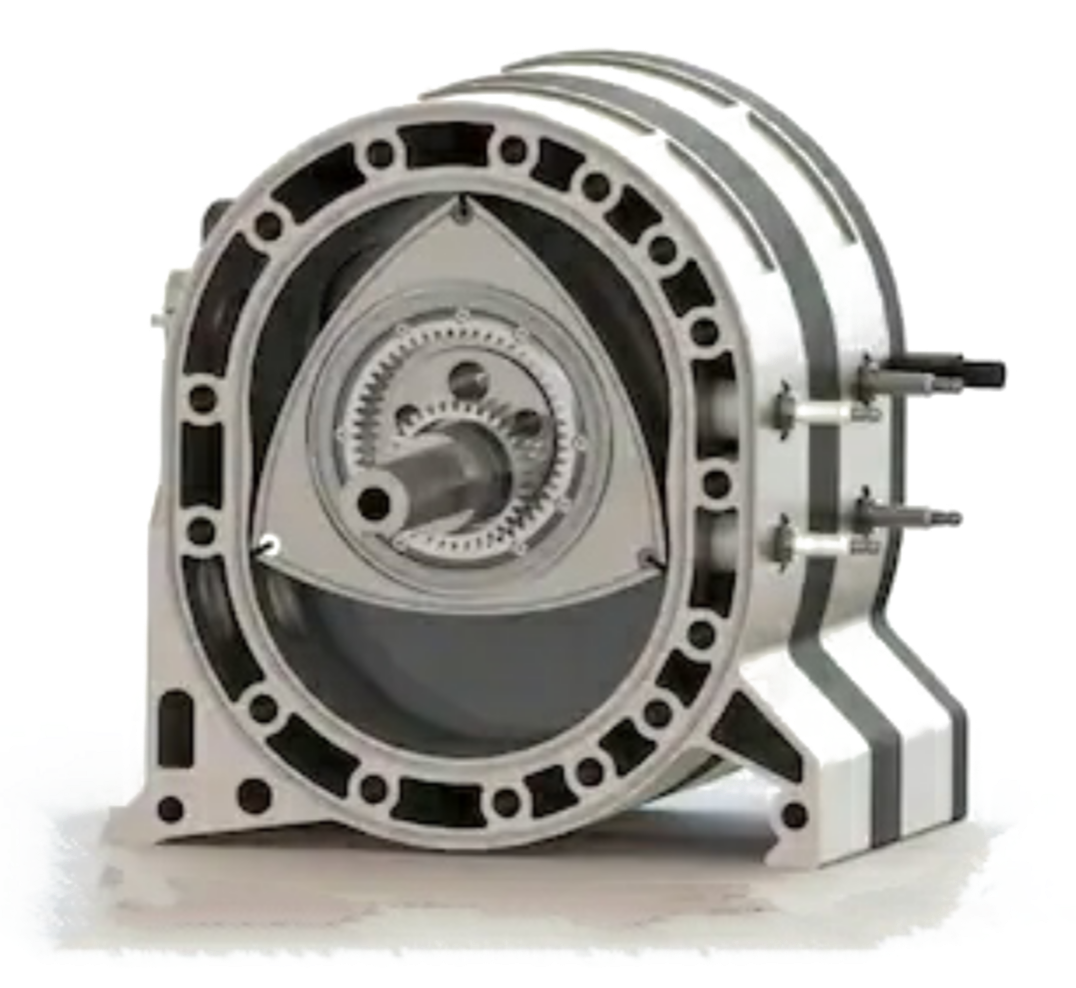 A rotary engine is also called Wankel engines. They consist of rotors instead of pistons. They are very compact and smooth. They do not have any reciprocating part, hence they are very stable. They have three power strokes per cycle of the engine. They can rotate at very high speed and need very less number of components as compared to reciprocating engines. But, the major drawbacks of these engines are their low efficiency and high pollution.

Types of Engines Based on Number of Strokes 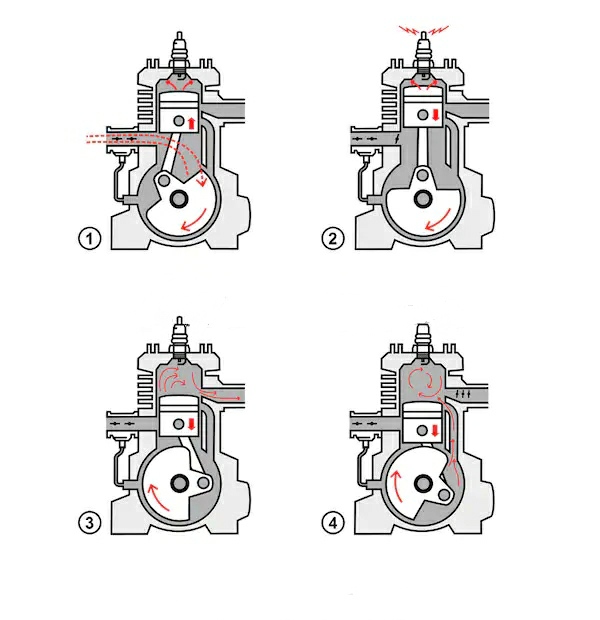 A two-stroke engine completes its power cycle in two piston strokes. The inlet and the compression of charge take place in the first stroke while the combustion and exhaust take place in the second. It is simple in design and produces more power per unit mass as compared to the four-stroke engine. However,  it is less efficient and causes more pollution. In these engines, the engine oil has to be mixed with fuel for the lubrication of engine components. The burning of the engine oil further increases the pollution level.

Types Of Engines Based On Type Of Fuel

Diesel Engines are also known as Compression Ignition or CI engines. These engines do not need any spark plug for ignition. Diesel being less volatile can not form proper Air-Fuel mixture and also it has a lower ignition temperature. Hence, in CI engines, self-ignition occurs due to high temperature of compressed air. These engines can work on very high compression ratios and hence are more efficient than the petrol engines. Petrol engines on the other hand can not work on high compression ratios. They experience the problem of knocking and detonation on increasing their compression ratio.

These engines are also spark-ignition engines. They use compressed natural gas (CNG) as fuel and require a spark plug for igniting the Air-Fuel mixture. They are efficient and less polluting than petrol engines. These engines have a higher rate of wear and tear as compared to petrol engines as the gaseous fuel can not cause the cooling of the combustion chamber. The petrol on other hands evaporates inside the combustion chamber and causes a cooling effect.

Types Of Engines Based on Number of Cylinders 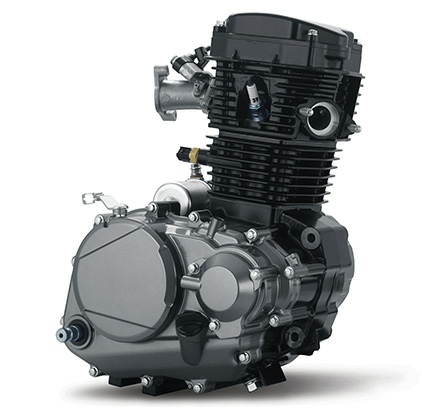 Single Cylinder Engines have only one cylinder and piston arrangement. They are simple in construction and are used generally in motorcycles. The problem with single-cylinder engines is that they are not balanced and produce huge vibrations. The piston when changes its direction produces unbalanced inertial forces. Also, power transfer to the crankshaft is done only during the power stroke, and for the rest strokes engine runs on its own. This uneven power transfer makes these engines unstable. These engines need large balancing wights on their crankshaft to keep them stable. 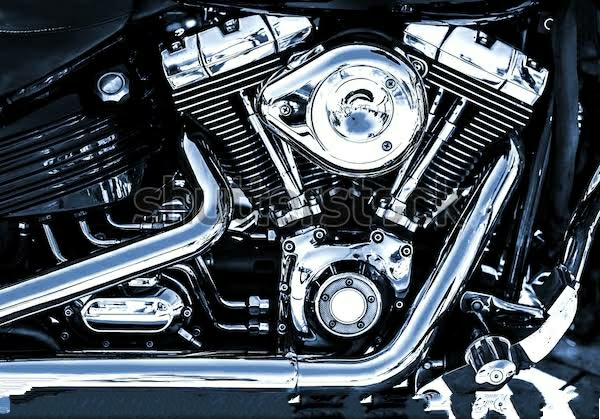 Multi-Cylinder Engines may have two or more than two cylinders. They are more balanced and smooth as compared to the Single Cylinder Engines. In multicylinder engines, all the pistons move in different directions, this cancels outs the inertial forces produced by each other. Also, since all the cylinders have different firing order, the power supply to the crankshaft is uniformly done along with the whole engine cylinder.

Types of Engines Based On Arrangement Of Cylinders 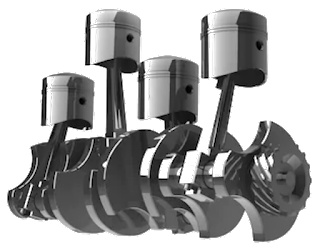 Inline or straight engines are those in which cylinders are arranged in straight lines. These engines are stable and simple in construction. The pistons of these engines are designed to move in tandem with each other such that the inertial forces are cancelled out. These forces are generated due to continuous change in momentum of the piston. Their crank throws are also designed in a way such that the connecting rods are connected at equal angles on the crankshaft. This helps in balancing out the forces generated due to the power transfer from the connecting rod to the crankshaft. One major disadvantage of these engines is their large size. 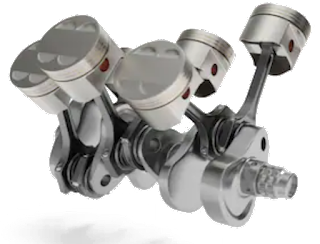 V-Engines haves two rows of cylinders arranged at an angle of 60 or 90 degrees. These engines are compact and occupy lesser space as compared to Inline Engines. They are so compact that even a V-6 engine occupies lesser space as compared to Inline-4 engine. But a major problem with V-engines is their complex design. They need two sets of cylinder heads, exhaust manifolds, camshafts etc.  They are also not as stable as Inline engines since the V arrangement can not cancel out all the inertial forces generated during their operation.

W- Engines have three rows of cylinders placed in a way such that the arrangement forms a W shape. These engines are generally used in high power cars. The W configuration allows a very large number of cylinders to be stacked in a smaller space. Some common W- Engines are W-16 and W-18 engines.

4.Horizontally Opposite Or Boxer Engines

Boxer engines consist of two rows of cylinders arranged completely opposite to each other. This configuration completely cancels out the inertial forces generated due to motion of the pistons. The centre of mass of these engines is also lower as compared to other engines. They produce very fewer vibrations and also improve the stability of the vehicle.  The problem with these engines is their huge width and complexity.

Radial Engines have all their cylinders arranged radially along their crankshaft. They need a very small crankshaft as all of their pistons are connected at a common point. These engines are very stable due to their radial arrangement. All the cylinders in these engines lie  in one plane, hence they can be very easily cooled by air.  These engines were used in aeroplanes for a long period of time.