The Story Of The First Automobile 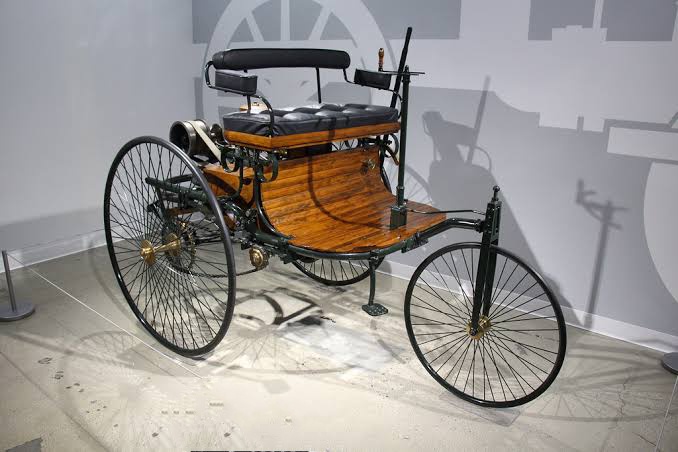 Have you ever wondered how the first automobile was invented? Who was the person behind this wonderful discovery? What were the challenges faced and how does it revolutionized the whole world? The development of the first automobile was the greatest invention of the 19th century. It provided the world with a great mobility solution, eliminating the animal pulled carts. The animal pulled carts remained the main source of mobility for a considerable part of the history. The main drawback of these carts was their dependence on animals to propelled them. The slow speed, less reliability and high cost of owning the animals provoked humans to think about the self-propelled vehicles. Hundreds of engineers and scientists worked over a period of 200 years to produce the first self-propelled vehicle. Many masterpieces of engineering were invented over this course of the journey. But the true success was achieved only in 1886 when Karl Benz developed his first automobile. From then on till now, the cars kept on improving slowly and slowly, becoming a luxury from a necessity.

Definition Of An Automobile

Automobiles are self-propelled vehicles powered by an engine. They are used to carry goods and passengers from one place to another. One very important characteristic of Automobiles is that they are designed to move on land only. This means ships, boats or aeroplanes are not considered as Automobiles. Some common examples of automobiles are cars, motorcycles, trains, buses etc.

To Invent Is Infinitely Nicer Than To Have Invented

Karl Benz is considered the inventor of the Automobile. He was born in Germany in 1844. His father George Benz was a locomotive (train), driver. His misfortune started an early age. His father died, when he was only two years old. He did his schooling from a local grammar school and was a brilliant student in childhood. Soon his interest shifted towards his father’s profession. He started taking a keen interest in locomotive engineering. He did his graduation in mechanical engineering and had a rigorous training for 7 years after that. Karl had a dream to create a horseless Wagon since his graduation days.

The Best Or Nothing. In The Past, Present And Future

Karl Benz joined with August Ritter and established his first factory in 1871. The name of his factory was ‘The Iron Foundry and Mechanical Workshop’. But soon they went in losses and Ritter withdrew from the venture. At this difficult moment, Karl was supported by his wife Bertha Ringer, who bought the Ritter’s shares in the company. In spite of his initial failures, Karl continued working for the development of engines. On 31 December 1879, he developed the first two-stroke engine. This was the turning point in the history of automobiles. He patented his invention in 1880 and continued working on other projects. He developed a speed controller, spark plug, Carburetor and clutch etc. But unfortunately, his company stated going in losses once again due to high taxation rates. The credit needs forced him to take his company in joint stocks. The joint stocks reduced his shares to almost 5%. All these incidents broke the morale of Karl. He left the company and started working in a cycle repair shop, owned by Max Wilhelm and Fredrich Rose. In 1883 Karl along with Max and Fredrich formed a new company named Benz & Companie Rheinische Gasmotoren-Fabrik. The company soon started generating profits. This provided Karl time to work for his dream. A dream to make ‘Horseless wagon’. Consequently, he developed his Four Stroke Engine and latter the first automobile in 1885.

The Love For Invention Never Dies 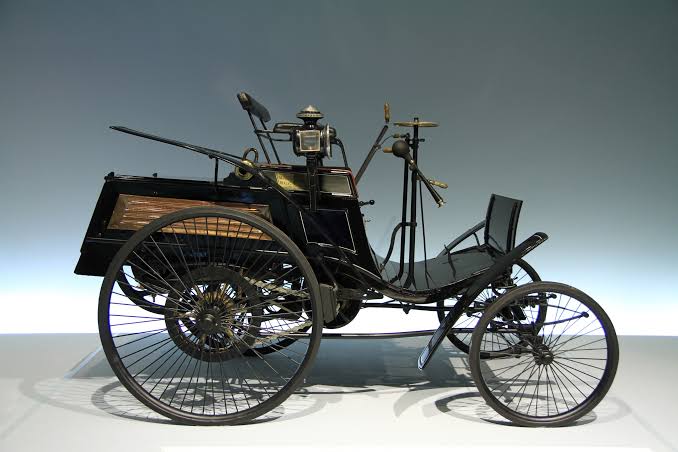 The first automobile developed by Karl Benz was named ‘The Patent Motorwagen’. It was powered by a single-cylinder, 958 cc, Four Stroke Engine developed by  Karl him. It could develop a power of 0.8 horsepower at 230rpm. The engine was water-cooled and was horizontally mounted on the chassis. Evaporative cooling was employed to keep the engine cool. The water supplied for cooling evaporated in an open atmosphere. Hence a considerable amount of water was needed to meet the cooling requirements. The power from the engine’s driver pulley transmitted to the rear through a roller chain. The rear axle had a differential to control the power supply to the two rear wheels. The maximum speed the car could attain was 16 km/ hr. The fuel used in this engine was a gasoline-based solvent named Ligroin. This solvent was only available at chemistry shops at that time. The chassis of the car was inspired by a tricycle. It had three spoked wheels and tubular steel frame. A rack and pinion based steering handle was provided to steer the vehicle.
The power from the flywheel was transferred to the driven pulley using a belt. This belt and pulley system acted as the power transmission system of the car. The brakes were applied by using a handlebar at the side of the car. The braking force was applied at the transmission belt instead of the wheels. The brake shoes were wooden  and they wear out easily. No suspension was attached to the front wheels. However, the rear wheels had leaf spring-based suspension system. Due to simple construction, the car only weighed 100 kg. This car was highly inefficient and had a mileage of only 10km/l. It had no separate fuel tank. The carburettor itself acted as a fuel reservoir, storing 4.5 litres of petrol.

The Historic Journey Of Bertha Benz

Bertha Benz along with her two sons went on a journey with Benz’s car. The purpose was to demonstrate the world, the capabilities of the Benz’s invention. They started their journey of 106 from Mannheim to Pforzheim without informing Karl Benz. They started early in the morning and reached their destination till evening. It took them almost 15 hours to cover this distance. Bertha had to face many technical problems on her way. She repaired the blocked fuel lines with her hatpin. She also invented the first brake pads during the journey.  The wooden brake shoe on the car started to wear out due to friction. So, she went to a cobbler to get leather fitted on the wooden brake shoes. This was the invention of the first brake pad. Due to the evaporative cooling, water was continuously lost to the environment, so they had to fill water wherever they stopped. They completed their journey in 15 hours and informed Karl Benz about this through telegraph. The journey proved to be a great marketing event. It popularised the Patent Motorwagen throughout Germany. After this journey, many people started taking a keen interest in Benz’s inventions. He started getting huge demands from all over the country. His business started to flourish and he kept on developing new and better cars. Each new car proved to be more customised and efficient than the previous ones.

This was the story of Kar Benz and the first automobile. We, hope you enjoyed this. Please share your review in the comment section below.

0 thoughts on “The Story Of The First Automobile”