The Global NCAP Ratings and The India’s Safest Car 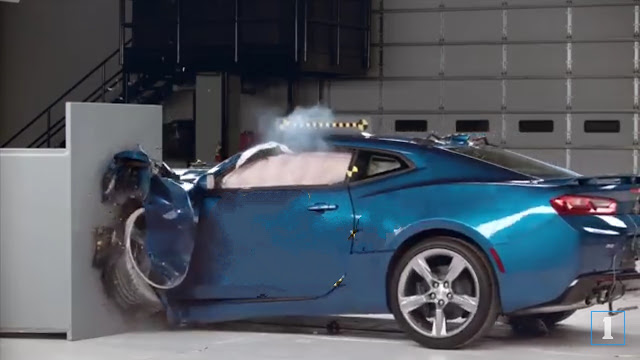 Friends, we are back again with a more informative and more exciting post for you. This time we are going to discuss about crash test of cars. There are many authorities in world which conduct crash tests and certify the vehicles, giving them different ratings. The well reputed organisation Global NCAP (New Car Assessment Program) conduct crash tests and provide safety ratings to the cars. Recently, an Indian car Tata Nexon was awarded 5 star ratings by Global NCAP. It is being said to be the safest car of the country. With this post we will try know about the different crash tests and how they are performed.

NCAP stands for New Car Assessment Program. Most of the countries in world have their own NCAPs like US-NCAP, Australian NCAP, Euro NCAP etc. U.S.A was the first country to come up with a car assessment program. All the other NCAPs were established based on U.S. NCAP. They provide crash test facilities for safety rating of the cars based on their specific criterions. The Global NCAP is the International organisation which establishes coordination among all these local NCAPs.

Crash Tests and the NCAP Ratings

The NCAPs conduct various kind of crash tests to simulated real life accident situations. These crashes are monitored by high resolution cameras. To prediction the effect of accident on passengers, dummies are used. These dummies resemble human beings in shape, size and weight. They are designed to imitate male adults, female adults and children.  They are equipped with different types of sensors in their different parts to measure the effect of crash on them. Generally three types of sensors are used.

Acceleration is the measure of change in velocity per unit time. During a crash different  body parts of the passengers may be accelerated  in different directions . Sudden deceleration of vehicle during accident produces impact forces on the passengers body. This can cause them to move speedily in a particular direction. To measure the sudden movement of a particular body part in  a particular direction, acceleration sensors  are used. This data is utilised to find out the probability of injury to various body parts.

These sensors are used to determine the direction in which the different parts of the dummies would move during a crash. This helps in determining the possibility of collision of a particular body part with particular site in the vehicle.

The different parts of dummy with a possibility of collision during a crash are covered with different colour paint .When the the dummy collides with the inside of car at the time of crash , it leaves the paint marks on the surface. This helps in predicting the possible sites of collision of passengers to the car body.
To mimic the condition of crash, crushable aluminium boxes are used to collide with cars. Crushable aluminium boxes are used because they are similar to the real cars.
To record this test about 15 high speed cameras are used. They capture each and every moment of the collision.

The road accidents are uncertain. There can be a number of possible ways for an accident to occur. . A car has to be designed in such a way that, it can protect the passengers in any possible crash situation. To test the Car’s strength in different conditions, a number of crash tests are performed. We will look at all those tests one by one.

In this test the cars are made to collide with crushable aluminium boxes from front. The speed of cars is kept 64 km/hr . To imitate the real life situation two dummies are placed on the front seat and secured by seat belts. The dummy on the driver seat is of an adult male while the other dummy on front seat is of an adult women. This test simulates the conditions when you are driving on a road with your family and your car get crashed with a car coming from the front. 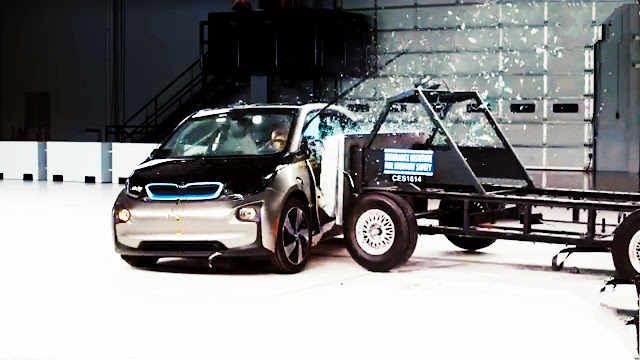 In this test the vehicle is made to collide with a pole from the side. A pole of diameter 25 cm is used. This pole is thinner than the usual poles so that it can penetrate a greater distance inside the car. Two dummies are use for this test . One adult male dummy is kept on the front seat while an adult female dummy is kept on the the rear seat. Both the dummies are secured by  seat belts.The speed of the car is kept 30km/hr. This test simulate the crash conditions, when we are driving on wet track and our car becomes uncontrolled and get crashed with a pole. 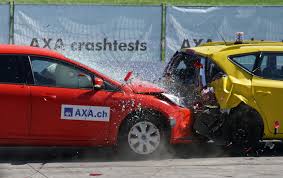 In this test the forces on dummy are analysed by simulating  the crash from rear side, on a stationary car . Speed of the car is kept around 35 km/hr.

This test is conducted to observe the effect of crash on a pedestrian walking on the road. The speed of the car is kept around 30 km/he. People of different age groups will fall on different places on the car bonnet . The car bonnet is designed accordingly.  A proper gap is maintained between the engine and the car bonnet, as the engine is rigid and can cause fatal injury to the pedestrian.
Based on these tests the vehicles are given safety rating. Higher the ratings, safer the cars. If a the car body collapses during a crash , it means the car is safe. This is because collapsing provides sufficient time for the vehicle to stop and hence the passengers  feel lesser amount of jerk. 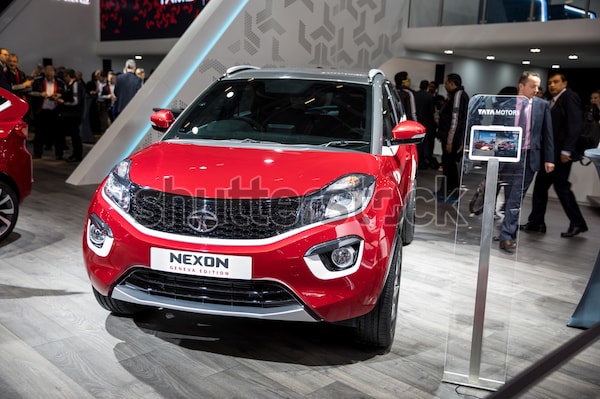 The Global NCAP launched its  #safecarforIndia campaign in 2014. This initiative was launched to provide a platform to Indian car manufacturers to test their cars on global standards. In December 2019 Tata Nexon was rated 5 star in adult occupant safety. It was also given 3 stars for child occupant safety. This was a proud moment for TATA motors. It proved that the Indian car companies are capable enough to complete at international levels. In the tests done at a speed of 64 km/hr ,very minor impact was observed in chest area of the dummy. Some scratches were also observed in knee area of the dummy, but they were  minor. This desired score was a result of its high strength steel body shell of the car. This body shell is capable enough to bear high impact forces of crash at a speed of 64 km/hr. The smartly engineered use of steel frame provides torsional stiffness  and and rigidity to the car. The scores were also influenced by the four channel ABS and seat belt reminder features of the car.

So friend, this was an overview of all the major crash tests conducted by Global NCAP . These tests provide a real time observation of crashes and help in study of their effects. The scores of these tests provide benchmarking for the safety standards and promote the manufactures to come out with safer cars.