The Aerodynamics Of Formula Cars 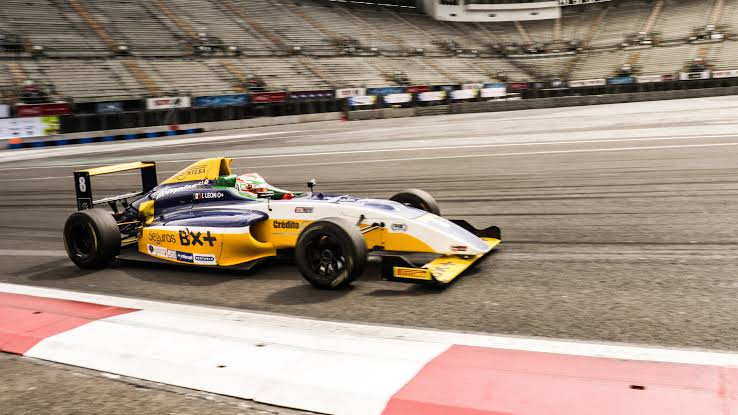 In the last post, we read some basics about Formula 1 Cars. We read about their engine, chassis, braking and the wheels. In this post, we will study the aerodynamics of these cars. The understanding of the aerodynamics of Formula 1 Cars will be very interesting and informative for you. This post will improve your basic understanding of vehicle aerodynamics and help visualize the concepts. After reading this article you will come to know about various features of the passenger cars about which you were unaware till now. So, let us begin with Physics.

Drag and Downforce are two major aerodynamic forces which affect the performance of a Formula 1 Cars significantly. Drag is the resistance offered by air molecules when an object moves through it. Whenever an object moves through the air, the air molecules constantly hit its surface and produce a force of resistance called Drag. It depends upon the velocity and the surface area of the object. At higher velocities, the air particles would hit the surface of the object at a higher speed and will produce a higher Drag. Further, greater the frontal area of the object, more no. of air molecules would hit the surface of the object producing greater Drag. The Drag force on the car can be decreased by maintaining a laminar airflow around the car surface. The laminar airflow around the car surface would generate a boundary layer at the surface. The formation of the boundary at the surface would mean that the net velocity of the layer of air molecules at the surface would be zero. This will prevent collision of air molecules with the surface reducing the Drag. The Formula 1 Cars have a lot of structures and design features which helps in maintaining the laminar airflow around the car body.
The Formula 1 Cars move around a speed of 300-400 km/hr. This is the speed around which aeroplane take off. At higher speeds, the cars experience a lift force, which tends to topple them up. Many accidents had taken place earlier in Formula 1 championships due to the toppling of cars. To prevent this, the car manufacturers came up with the aerodynamic designs that generate huge down forces. Downforce is opposite to the lift force. It pushes the car on the ground making it stable. Many design changes were introduced to cars which increased the downforce significantly. We would look at those features later in this post. 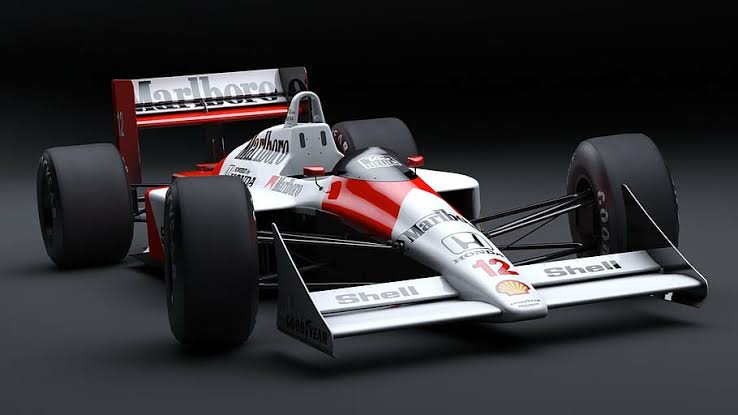 Front wings are the most important aerodynamic part of the Formula 1 Cars. They are mounted in front of the car on the nose box. They are the first part to come in contact with air. They channelise the airflow along the required paths. On the two sides of the wing lies the air flaps. These flaps guide the airflow along the paths avoiding the contact with rotating wheels. This helps in maintaining a laminar airflow along the car body reducing the drag. Apart from this, the flaps also create a huge amount of downforce, necessary to keep the car on the ground.
The flaps have an inverted airfoil shape. Due to this shape, the air moving above the flaps has to move slower as compared to the air below it. The Bernoulli Principle states that ‘THE FLUID MOVING AT A SLOWER SPEED HAS GREATER PRESSURE AS COMPARED TO THE FLUID MOVING AGAIN A HIGHER SPEED’. From this concept, we can conclude that the air above the flaps has a greater pressure as compared to the air below them. This pressure difference above and below the flaps create downforce on them, pushing the car towards the ground.

Nose box or more commonly the Nose cones serve three main purposes:
1) They are the structures on which the front wings are mounted.
2) They channelise the airflow to the bottom of the car toward the diffuser.
3) They act as shock absorbers in case of accidents.
Nose boxes are hollow structures made of carbon fibres. They absorb the shock at the time of crash preventing injury to the driver. 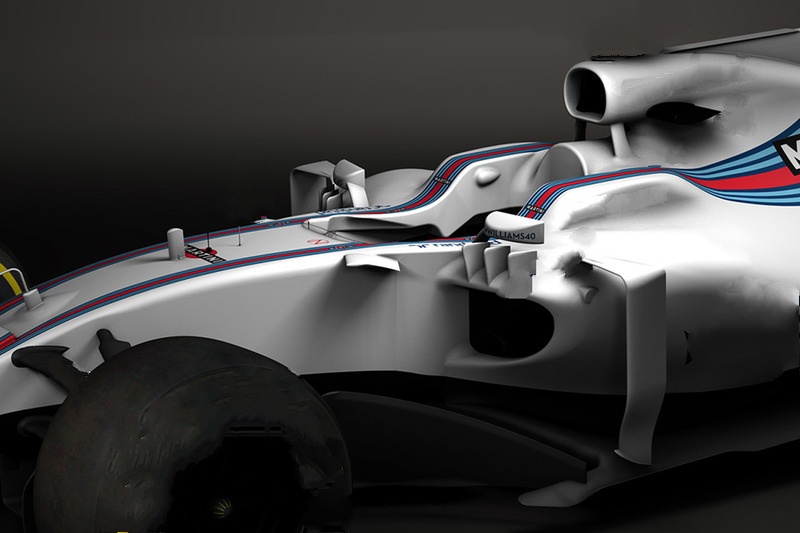 You might have noticed a structure with a hole just behind the driver’s cockpit. This structure is called Air Box. The Air Box serves two purposes.  It receives the high speed moving air and supplies to the intake manifold of the engine. This high-speed air gets pressurised and hence get compressed due to the Ram Effect. This high-pressure air, when supplied to the engine, boosts up its power considerably. Also, the air supplied to it is highly turbulent since it passes above the driver’s helmet. The air box absorbs this turbulent air preventing it from disturbing the laminar airflow along with other parts.
The second advantage of the air box is its large size. Yes, the large size of Air Box provides a large space for advertisement generating a huge amount of revenue. 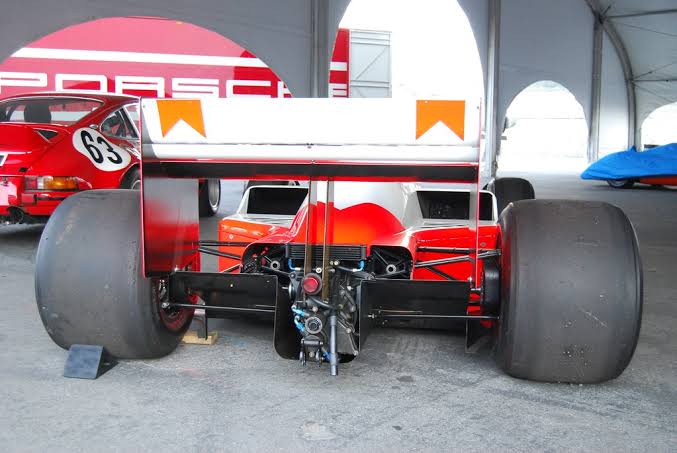 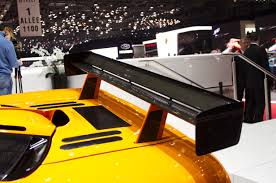 Rear wings work the same principle as of the front ones. They also help in increasing the downforce, improving the balance of the Formula 1 Cars.

Barge boards are the curved structures to the sides of the Formula 1 Cars.  They guide the turbulent and dirty air coming from the tyres, away from the car body. This turbulent air if not channelled away may disturb the laminar airflow around the cars increasing the air drag

The temperature inside engines of Formula 1 Cars may reach up to 2600 degree celsius. This a huge temperature and the engine cooling system has to put extra efforts for cooling. Since the cooling system has to transfer a huge amount of heat, the temperature of the Coolant and the Radiators becomes very high. These cars need a very efficient cooling arrangement to transfer the heat from the radiators to the environment. This need is catered by the Side Pods. The Side Pods are open structures on the sides of the Formula 1 Cars which facilitate the movement of fresh air to the cooling system of the engine. This enhances the rate of heat removal from the engine components, preventing them from overheating.

This was a short overview of aerodynamic components of a Formula 1 Cars. Hope this has built up the basic foundation of concepts for you. We have tried to include the overview of many components, but there is still a lot which can not be included in this post.  We hope that you liked this post. Please share your review and feedback about the post in the comment section.

The Formula One Cars

0 thoughts on “The Aerodynamics Of Formula Cars”