The word petroleum is derived from the Latin words petro meaning ‘rock’ and oleum meaning ‘oil’. It forms under the ground and extracted by drilling oil wells. The petroleum fuels like Petrol, Diesel and Natural Gas are the main source of power today. They serve as fuel for automobiles, machines, factories, powerplants, aeroplanes, ships etc. The petroleum products are also used as raw materials in industries like cosmetics, drugs, chemicals, fertilizers and lubricants etc. Each and every economic activity in the world is dependent somehow on petroleum products. The world economy has got so much dependent on petroleum products that a slight variation in crude oil priced might severely affect the global economy. This is why Petroleum is some times referred to as black gold.

How Petroleum Is Formed?

Petroleum is also called fossil fuel. It means fuel produced from the fossils or the dead remains of living beings. Millions of years ago algae and phytoplanktons living in the sea, died and deposited on the sea bed. Over the years other sediments and organic material deposited over them. With the course of time, anaerobic decomposition of this organic material took place under high pressure and temperature conditions. This converted the deposits into liquid and gaseous hydrocarbons. These deposits are called Oil reserves and the petroleum is extracted from them by drilling oil wells. The crude Petroleum from oil wells is pumped out with the help of huge reciprocating pump called beam pump.

The Petroleum is a mixture of different hydrocarbons. These hydrocarbons have different carbon chain lengths and different properties. Depending of carbon chain length the hydrocarbons have different boiling points. Hence, they can be separated by a chemical process named as fractional distillation. This process separates out various constituents of crude Petroleum based on their boiling points. This process is called Petroleum Refining. It utilizes a furnace and a distillation column. The Crude Petroleum from the Oil wells is brought to the refineries. Here it is heated with the help of furnace and converted to gas. It is then supplied to the distillation column.  The distillation column is a cylindrical chamber of diameter around 2m-3m and height about 30m-60m. The gaseous petroleum rises above in the distillation column and cools down. As it cools down it is converted into liquid. The longest chain Hydrocarbons, which have the highest boiling point do not rise above the column and lie at the bottom of it. They include Bitumen, Asphalt, heavy oil etc. They are separated out from the bottom of the distillation column. The shortest chain hydrocarbons having least boiling temperature do not condense as they rise and cool down. They are separated out as a gaseous product and are called Natural Gas. They are used as LPG and CNG. The mid-range Hydrocarbons like Petrol, Diesel and Kerosene condense as they rise above the distillation column. They are collected and separated out as liquid using stacks of trays. The lighter and medium weight liquids like Petrol and Diesel require less processing before their use in automobiles. Heavy Oil needs to be processed further for making it usable in automobiles. Let us look at some of the processing  used in refineries to enhance the quality of fuel.

The Naptha and Petrol molecules have a similar number of carbon atoms. But the Neptha molecules have a different structure than the Petrol molecules. They consist of aromatic carbon rings. The reforming process convert Naptha into high octane Petrol by breaking the aromatic rings and producing hydrocarbons similar to petrol. It does so with the help of catalytic reactions.

Blending is the process of mixing various chemicals and reagents to the petroleum products to add desired properties to them. For example Petrol may be blended with Ethanol or Natural gas is mixed with Hydrogen to produce HCNG. Petrol may also be blended with other chemicals like lead to increase its octane rating.

Treating is the process of removing undesirable matterial  from petroleum. Products. Petrol for example may have sulfur as impurity. The sulfur from petrol is removed by heating it with special catalyst. This sulfur is then supplied to fertilizer industries. Petroleum products  may have other impurities like Nitrogen and oxygen which are removed through a series of reactions. 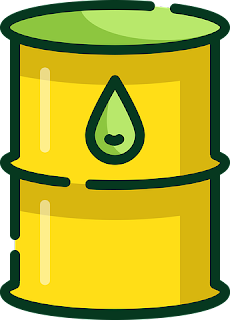 The refining of a barrel of crude Petroleum may produce around 19 gallons of petrol. It accounts for 45% of the total content. Petrol or gasoline is a liquid petroleum product which consists of hydrocarbon chains of 5-12 carbons. It is an excellent fuel and is used extensively in automobiles.  The greatest advantage of petrol is that it burns with a clean flame and produce lesser harmful gases like NOx. The other disadvantage of petrol is its low Octane Number. Due to this, it is prone to auto-ignition inside the combustion chamber. This causes a phenomenon called Knocking, which reduces engine performance. Lower Octane number also makes the petrol unsuitable for high-pressure ration. Hence the overall efficiency of the Petrol Engines is quite low. 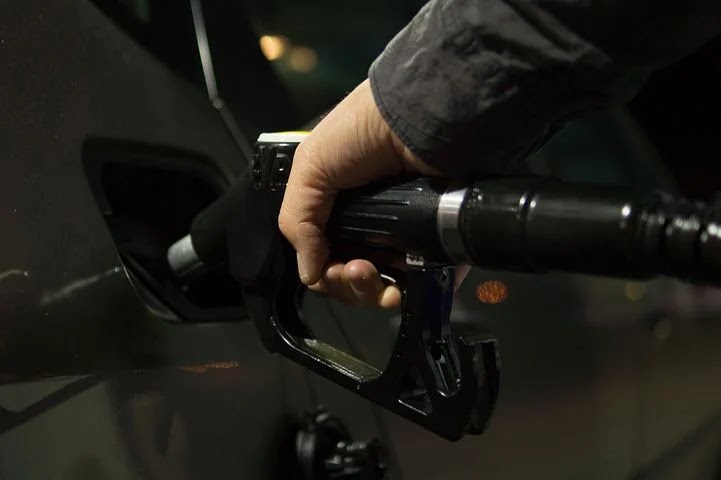 The refining of one barrel of crude Petroleum results in the production of 12 gallons of Diesel fuel. It accounts for 28% of the total content. Diesel is a collection of long-chain Hydrocarbons of having more than 12 carbons. Diesel has more energy density as compared to Petrol. It burns more efficiently and also produces less Carbon Dioxide as compared to Petrol. Diesel is more resistant to autoignition and hence Diesel fuel is less prone to knocking and detonation. This property allows the Diesel Engines to have higher compression ratios making them more efficient as compared to Petrol Engines. Higher compression ratios enable the engineers to design under-square engines which produce greater torque. The higher torque and efficiency makes the Petrol engines suitable for trucks and other load-carrying vehicles. The disadvantage if Diesel is that it produces a huge amount of NOx when burnt as fuel.
Kerosene

Natural gas is the gaseous petroleum product. It consists mainly of Methane and some other Hydrocarbons. It is generally used as fuel in vehicles or cooking cylinders. It is also used in electricity generation and as feedstock in various industries. It is a much cleaner automotive fuel than Petrol and Diesel. It significantly reduces the emission of Carbon Monoxide and Nitrogen Oxides. The CNG kit can be very easily fitted in vehicles and many manufacturers offer it inbuilt. 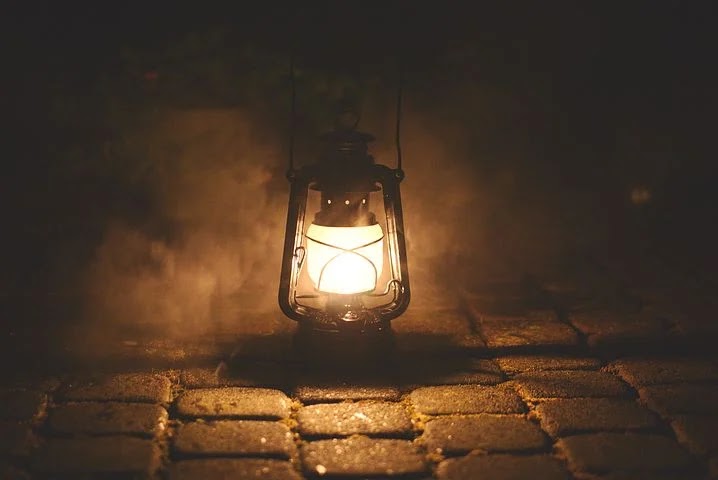 Kerosene is commonly used as fuel in lamps and stoves. It is a low viscosity liquid produced by the fractional distillation of crude Petroleum. It comprises of hydrocarbon molecules with a chain of 10 to 16 carbon atoms. It is also used as fuel in jets and even in some earlier cars and motorcycles. In spite of being used widely as jet fuel, it could not become popular for cars and motorcycles. The reason for this is, Kerosene does not evaporate as readily as Petrol and Diesel and hence it would be very difficult to start a Kerosene engine at low temperatures. However, it is used in boat engines. But boats also have a dual fuel system. They use Petrol for starting while Kerosene for further operations. Highly refined kerosene is used as jet fuel. For this, it is blended with anti-freezing, anti-corrosive and antibacterial agents. The reason for using Kerosene as Jet fuel is its low freezing point and high flash point. The low freezing point prevents it from freezing under the low temperatures and the high flash point prevents unplanned combustion. This provides stable combustion and wide operating temperature range to Kerosene.

It is a soft and colourless substance. Paraffin wax is generally used in making candles. It is also used for making lubricants and crayons. It is very soft and melts at a temperature of 37-degree Celcius.

Bitumen is a carbon compound derived as a residue from crude petroleum. It is a viscous black fluid and has very good waterproofing characteristics. It is generally used for surfacing the roads and roofs. It creates a very strong bond between the gravel particles of road and makes the road surface strong and sturdy.

Why Petroleum Is Measured In Barrel?

The crude Petroleum is generally measured in barrels or bbl instead of common units like cubic feet or cubic meters. Even the Petroleum prices are quoted in Dollars/Barrel. A barrel is a wooden vessel having volume equivalent to 42 gallons. One gallon comprises of 3.78 litres. Hence 1 Barrel or bbl is roughly equal to 159 litres. When the early Oil fields were discovered in the US and the mass extraction started, the storage and distribution of oil was a big problem. Initially, it was stored in vessels which were not of standard volume. To standardise the volume of vessels the producers started using 40-gallon wooden barrels. These wooden barrels were used for storage and transportation of liqueur at that time. To account for the spillage and other transportation losses the producers increased the volume of barrels by 2 extra gallons. This increased the volume of Oil barrel to 42 gallons. These barrels later became a common trend and the term barrel is used even today.

How Petroleum Prices Are Determined?

Petrol & Diesel prices keep on fluctuating on a daily basis. The prices of these fuels determine the prices of various other goods and services in the market. The Oil Marketing Companies (OMCs) like Indian Oil Corporation and Bharat Petroleum etc procure the crude oil from Oil Exporting countries based on prices in the International market. They import crude oil and transfer it to various refineries where it is converted into useful products like Petrol, Diesel & Kerosene etc.  The oil marketing companies now sell this oil to the dealers. The price at which the dealers buy the Oil from OMCs is called Depot Price. This includes crude oil price, import charges, custom duty, refining cost, inland transportation and the profit margin of OMCs. After this, the Central Govt applies Excise Duty and the State Govts apply VAT to it. The dealers also add their profit margin and sell their product to customers at retail prices. The retail price is the sum of Depot Price, Excise Duty, VAT and the dealer’s profit margin.

Is Petroleum Renewable Or Non-renewable?

The reserves of Petroleum are finite and it takes thousands of years for them to form. The rate of their natural replenishment is far slower than the rate of their consumption. Globally we consume approximately 11 billion tones of Petroleum per year. So, if we continue to consume it at the current rate, the known reserves would last only for the next 53 years. This would cause huge energy crises for us. Therefore the engineers all over the world are working for alternate sources of energy like Solar and Nuclear power. Automobile engineers are also striving hard to develop solar and Hydrogen Fuel Cell vehicles. The use of petroleum fuels also cause huge emissions. This is posing a huge threat to environment by causing problems like Global Warming and environmental pollution. Therefore it is need of the hour to shift from Petroleum fuel to some alternative renewable energy resource.