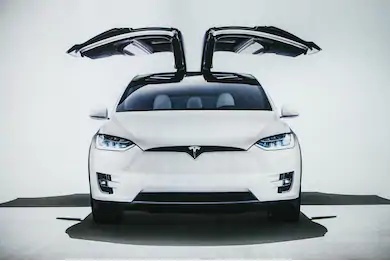 Engineers all over the world are striving hard to develop emission less cars. The Electric Vehicles or EVs have emerged as a hope for them. The EVs has proven their potential to completely replace the IC engine cars.  EVs are powered by batteries, which can be charged easily by electricity.  These vehicles are emission-free and do not release any pollutant to the environment. Although,  they need electricity for charging which mostly is generated by burning fossil fuels. But in future, it can be generated easily through solar panels.  Most of the automobile companies in the world are investing huge sums to develop better Electric vehicles.  Even, the Governments across the world are putting much stress on developing infrastructure and technologies related to EVs. 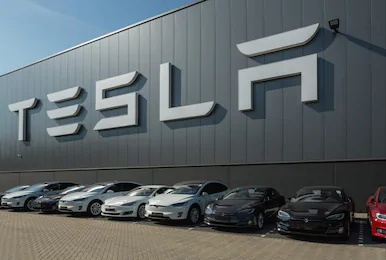 The one name which comes to the mind, whenever we talk about Electric Cars, is that of Tesla Motors. Tesla Motors is the pioneer in the field of Electric Vehicles. They are known for producing the world’s finest electric vehicles with superior technologies. The Tesla cars are not only environment friendly, but they can beat most of the supercars in terms of performance and speed. The ‘Tesla Model S’ is one of the world’s fastest accelerating cars. It can attain a speed of 100 km/hr within 2.8 seconds. The upcoming Tesla Roadster is being branded as the world’s fastest accelerating car. It would attain the speed of 100 km/hr within 1.9 seconds. Tesla has surprised the world with its state of the art technologies, and crystal clear vision for a better future.

How does Tesla’s Electric Cars Work?

When Henry Ford made cheap, reliable cars, people said, ‘Nah, what’s wrong with a horse?’ That was a huge bet he made, and it worked

Tesla cars are powered by rechargeable batteries which can generate electricity through chemical reactions. This electricity is used to power a Three Phase Induction Motor which drives the car. They do not have any reciprocating part or complex drive trains like IC engines. The DC current generated by the Battery pack is converted into Three Phase AC  by using an intelligent Inverter. This Inverter can also vary the frequency and amplitude of the current based on the requirements. The car’s motor can also act as an electricity generator at the time of braking. The Tesla cars utilize this phenomenon to covert Kinetic Energy of the car into electric energy, at the time of braking. This energy is then used for charging the batteries. This energy recovery mechanism is called Regenerative Braking.

Tesla’s battery pack consists of common lithium-ion cells. These cells are very similar to the ones which we use in our tv remotes. The Cells are stacked in various configurations to form the Battery Pack. The smallest unit in a Battery Pack is a ‘Group’. A ‘Group’ consists of 74 cells connected in parallel. Six such groups are connected in series to form a module. The Modules are single replaceable units, 14 such modules are connected in series to form a complete Battery Pack. The Battery Pack of ‘Tesla Model S’ can help it go 500 km in a single charging. The Battery Pack is fitted at the bottom of the car, which lowers its centre of gravity. Lower C.G. makes these cars stable during cornering. The Battery pack also provides strength and rigidity to the cars. The batteries require a specific temperature for optimum performance. This temperature is maintained by the thermal management system of the car. It uses ethylene glycol as a coolant. The battery pack consist of various channels for coolant flow. Ethylene glycol is pumped through these channels and carries the heat produced by the batteries. The high-temperature Ethylene Glycol moves to the radiator where it loses the heat. This helps in the removal of excess heat from the batteries. This helps batteries perform better and last longer.

Tesla cars are propelled by 3 phase AC motors invented by Nicola Tesla in the 19th century. This motor consists of a rotor and a stator. The stator consists of overlapping copper winding whose electric phase angles differ by 120 degrees. The windings produce a rotating magnetic field when 3 phase AC is supplied to it. The stator is cylindrical in shape and has copper or aluminium conductors fitted to them. The conductors are connected with each other through end rings and form closed loops. The core of the rotor is made by using thin laminated Iron sheets. This prevents eddy current losses. The rotating magnetic field set up by the stator coils induces an electric current in the conductor loops. This causes a tangential magnetic force to act on the conductors. The rotor starts spinning due to this force. The greatest advantage with an induction motor is that its speed can be controlled easily by varying the frequency of the supplied current. This provides the rotor with a wide range of rpm. The motor speed can vary from 0 to 18000 rotations per minute. The advantage with motors is that they can provide sufficient torque at low rpm also. Hence, the power transmission in electric cars does not require complex gearboxes. Tesla’s Drive Train consists of a single gear and a differential. These vehicles even do not require a reverse gear. They can be reversed just by changing the order of phases of the AC current. Unlike the IC engines, the motors do not have any reciprocating part. Hence the Tesla’s electric cars have lesser vibrations and noise. The power to weight ratio of the motors is also far better than that of the  IC engines.

Persistence is very important. You should not give up unless you are forced to give up

Moving cars has a great amount of kinetic energy. While braking, this energy gets converted into heat energy and is lost to the environment. In Regenerative braking, the kinetic energy of the car is converted into electrical energy and is stored in car’s batteries. In these cars, the regenerative mode is activated once the brake pedal is pressed. The Kinetic Energy of the car is used to drive the rotor shaft of the motor. The motor now starts acting as a generator and produces current electricity. The current produced is used to charge the car’s batteries. This helps in recovering some of the power loss which occurs during the braking.

Safer Than Ever Cars 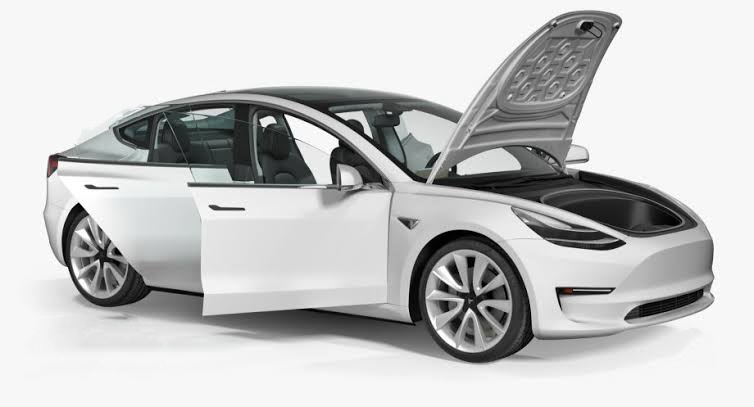 Tesla cars are safer and more stable than normal cars. The Tesla Model 3 was given 5-star ratings in Global NCAP. The best part of the electric cars is, they do not have engines. This created an empty space under its bonnet provides a large crumple zone, which absorbs the shocks during crashes. The car also has thicker airbags, stronger roof and automatic emergency braking systems which make this car one among the safest cars. During the roof strength test, the car endured 20000 pounds of force. This proves that the car is extremely safe during rollover accidents. The lower centre of gravity of the car is also an added advantage. It provides the car with cornering stability.

When something is important enough, you do it even if the odds are not in your favour

Although Electric cars have a huge number of advantages, they have some disadvantages too. Lets now talk about their dark side.
1. Electric Cars Also Cause Pollution
Electric cars themselves do not cause any pollution. But the electricity used for charging these cars is generated by burning coal and petroleum. The thermal power plants produce a huge amount of polluting gases and shoot particles.  The production of car batteries requires lithium and cobalt. Both of these elements need to be mined out. The mining of these elements leads to a huge emission of carbon dioxide and also causes wastage of huge amount of groundwater.
2. Electric Cars have long Charging Hours
The greatest disadvantage of an electric car is its huge charging time. It may take around 6 to 9 hours to charge a Tesla Model S battery at home. At other hand, you can refill your gas tank within minutes. This makes the Electric cars unsuitable for long drives.

The first step is to establish that something is possible; then probability will occur

Long charging hours is the greatest concern with Electric vehicles. Also, the availability of universal charging ports is a big problem. Tesla is trying to build a network of charging stations all across the globe to provide fast charging facilities to its customers. These superchargers use high power DC current i.e. 400 volts to charge the vehicles. These chargers can charge a vehicle up to 50% within 30 minutes and up to 80% within 1 hour. Each charger has two ports and can charge two vehicles at a time. However, charging two vehicles together will divide the power between two vehicles making the charging process slower. You can also locate the supercharging station on your phone and plan your journey accordingly. You can also monitor the charging on your phone. It informs you when the car gets completely charged through a notification on your phone.

Lets now compare the Electric and Gas Cars based on their merits and demerits.

The greatest advantage of an electric car is its eco-friendliness. These cars are completely free from emission. These cars do not have any reciprocating part as engines, hence they are very stable and noise-free. They have very less number of parts as compared to a gas engine vehicle, hence they require less maintenance. They also do not need any complex transmission system for power transfer. The placement of batteries at the bottom portion of the car lowers their centre of gravity, making these cars very stable. These cars can very easily incorporate regenerative braking which further helps in power saving. These cars have good torque at all the operating RPMs and can be controlled by just an accelerator pedal

Diesel And Petrol Cars are also called Gas cars. These cars are powered by conventional engines which produce power by burning the fuel. This makes these cars cause a lot of pollution in the form of exhaust emissions. These cars also produce a lot of vibrations and noise. They also require a very complex transmission system which further adds to the overall weight of these cars. The greatest advantage of these cars is the small refuelling time. This makes these cars suitable for long-range drives.

It is being claimed that Electric Vehicles would be the future of mobility. With the development of solar and wind energy technologies, cleaner electricity would be available. This electricity would be used to charge electric vehicles. This would make it possible to have a true zero-emission car. The improvements in battery technologies will help in producing lighter and better batteries having long-range and short charging time. Tesla is also working for its Million Mile Battery, which would last for million miles. We may also possibly see solar electric cars becoming popular in future. These cars would be charged from the solar panels on their roof.  But this all requires concrete efforts and huge investments. Also, we need to build the whole infrastructure for electric cars.

Tesla Motors have shown a path to the Automobile Industry. They have taken the performance and efficiency of EVs to a new level. The hype and publicity generated by Tesla Cars are grabbing the attention of the people worldwide. The people’s conceptions about EVs is changing and they have started thinking EVs as a substitute for IC engine cars.